Operation and mechanics of a float switch

A float switch is mainly used to control the operation of submersible pumps. They can also be used as a protection device for booster sets, being installed inside a break tank as a low level protection switch.

The same procedure applies for the low level protection but in this case as the level in the tank or chamber decreases the float will send a signal to turn off the equipment once the level goes past the float.

A float switch is made up of a supply cable with a live neutral and earth inside a plastic mold. The cable is connected to a common switch. Connected to the switch is a small plastic arm that is molded in such a way that it allows for movement in an up and down motion. On the other end of the molded switch is a weighted ball bearing, as the float is lifted the ball bearing moves within the float and makes the molded arm move which in turn activates the switch and creates an electrical signal to activate the pump. 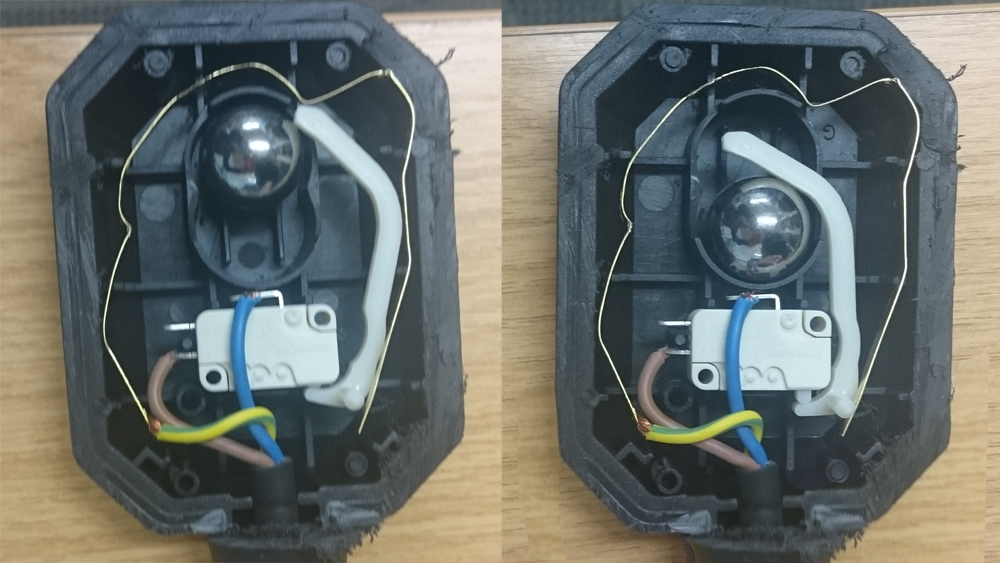 There are 2 main types of float designs both work in the same way. The correct practice is to install self-weighted ‘pear shape’ float switches when pumping sewage, the reason being is these floats are slightly heavier which helps prevents the float from getting jammed, particularly in cases where there is large amounts of soluble waste (i.e. fat build up). They also have a larger differential inside the float which allows a longer amount of time before the ball bearing moves with the float to activate the switch either on or off. This mean you can set the ‘stop’ float at a lower position to the bottom of the pump, which allows the pump to be able to remove the maximum amount of liquid without air locking. Consequently, the amount of soluble waste that can build up in a sewage pit is reduced.

The second type of float switch is the conventional ‘square’ float. These are used more for low level protection floats which are installed in break tanks to prevent dry running of cold water booster sets. The difference with these floats is that they have an external weight therefore you can adjust how deep you set the float. This is so you can apply for many different size tanks or chambers. 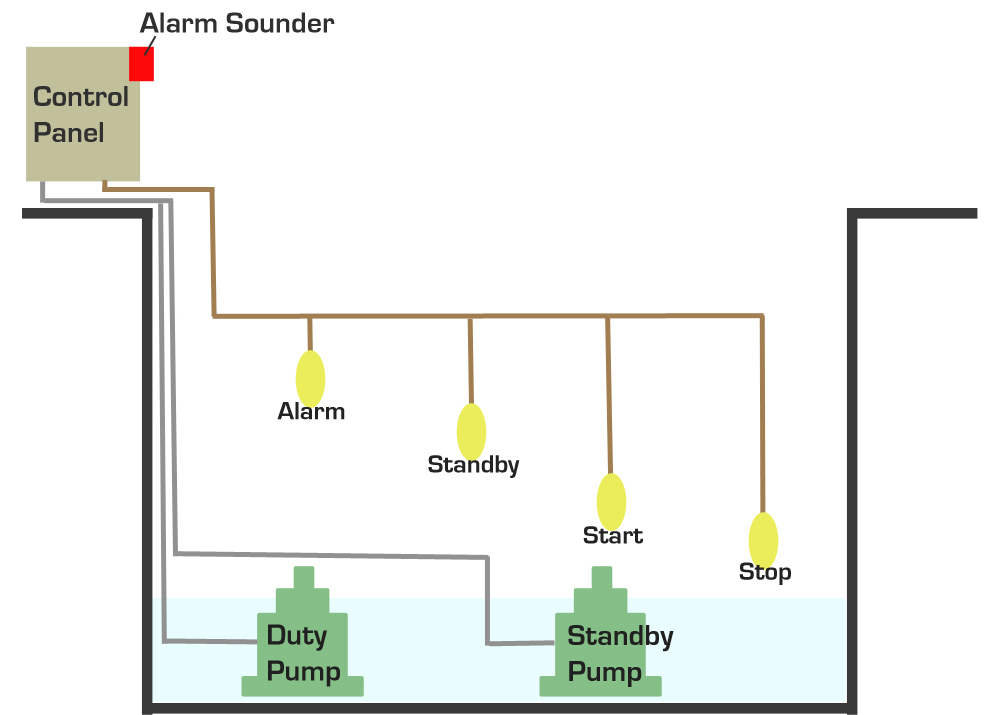 Stop Float - This is the first float in the series, and it is the longest. When this float raises with the water it engages the pumps so they are ready to start

Start Float - This is the next float and the second longest in the chain; when this float raises it starts the pumps. As the water level drops the Start float will drop out but the pumps will continue to run until the Stop float drops out. This float also sends a signal to the changeover relay, this relay switches the duty between each pump. This means that, for example, the first operation (pump down) will be done by pump one and as the start float drops out it will change the duty onto pump 2, the next pump down will then be done by pump two and so on.

Standby Float - This is the third float and is set slightly above the start float. This is a back up, if the start float raises and the duty pump does not come on or for some reason isn't pumping the water away fast enough this float brings in the second (or standby) pump. Again the pumps will continue to run until the stop float drops out

Alarm Float - This is the shortest float and is set at a level at which it can indicate the level is high but still gives adequate time to prevent a flood. This float does not have any control of the pumps it is wired into a signal of some sort, be it a sounder, a flashing beacon or in some cases a dial out alarm that can call a telephone to advise of the high level

I hope this blog helps you understand the basic concepts of a float switch. If you are still a little confused with the concept, please call our service team on 01322 292 415 how can help.